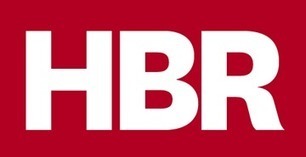 Money isn’t everything. But for measuring national success, it has long been pretty much the only thing (other than, of course, sports). The specific metric that has prevailed since World War II is the dollar value of a country’s economic output, expressed first as gross national product, later as gross domestic product. This is an improvement over ranking by military victories—the most time-honored gauge. And the era of GNP and GDP has been characterized by a huge global rise in living standards and in wealth. At the moment, though, GDP is embattled. Economists and national leaders are increasingly talking about measuring a country’s status with other metrics and even with a squishy-seeming concept like “happiness.” A 2009 study on alternatives to GDP, commissioned the year before by French president Nicolas Sarkozy and led by the economists Amartya Sen, Joseph Stiglitz, and Jean-Paul Fitoussi, has become a global wonk sensation. In October 2011 the Organisation for Economic Co-operation and Development (OECD)—a club of the world’s wealthy nations—followed with a “How’s Life?” report on “well-being” in its member countries. Each year since 2007 the private Legatum Institute has published a global Prosperity Index, a sophisticated mix of economic and other indicators. Individual nations are getting into the game, with Prime Minister David Cameron of the UK making the biggest waves by unveiling plans to measure national well-being. There are decades-old challenges to GDP as well, such as the United Nations’ Human Development Index and the Kingdom of Bhutan’s insistence that it is out to maximize not GNP or GDP but GNH—“gross national happiness.”
Via hbr.org