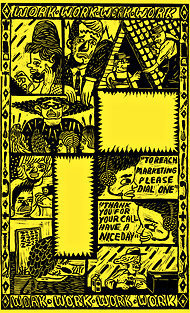 The Gallup-Healthways Well-Being Index, which has been polling over 1,000 adults every day since January 2008, shows that Americans now feel worse about their jobs — and work environments — than ever before. People of all ages, and across income levels, are unhappy with their supervisors, apathetic about their organizations and detached from what they do. And there’s no reason to think things will soon improve. Employee engagement may seem like a frill in a downturn economy. But it can make a big difference in a company’s survival. In a 2010 study, James K. Harter and colleagues found that lower job satisfaction foreshadowed poorer bottom-line performance. Gallup estimates the cost of America’s disengagement crisis at a staggering $300 billion in lost productivity annually. When people don’t care about their jobs or their employers, they don’t show up consistently, they produce less, or their work quality suffers.
Show original